Educator Ethics: You May Save Your Own Life

It’s no secret that technology and social media have changed how we communicate, and this poses new risks for teacher-student boundaries. Author Frederick Lane has spent more than five years researching this dynamic and recommends strengthening the barriers intended to prevent misconduct. 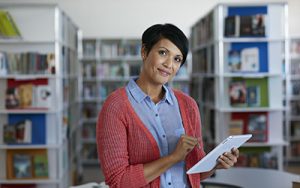 Over the past several months, I’ve been working on my latest book, Cybertraps for Expecting Moms & Dads. One of the topics that I cover in that book are the risks that so many people (particularly millennials) are willing to take in their quest for the perfect, epically viral social media photo. People scale buildings, dangle from bridge beams, and jump up and down on the edge of cliffs.

Most of the locations in these photos are equipped with fences, railings or other physical barriers to protect people from physical harm. Unfortunately, the combination of digital devices and social media all too often encourages people to disregard clear warning signs.

What Does this Mean for Schools?

The same thing is increasingly true in our schools. Educators know that on the other side of teacher-student boundaries is a steep slope leading to misconduct. Unfortunately, cell phones and seemingly endless communication options have created new opportunities for direct, surreptitious interactions between educators and students. Even more dangerous and enticing is the implicit intimacy of electronic communication.

There are a small number of educators who purposely push past moral and ethical boundaries and plunge down the slope. The teaching profession obviously should do everything it can to identify and weed out such predators. Many offenders, however, are teachers who take their first small steps toward those boundaries with the best of intentions and then suddenly find themselves cartwheeling out of control.

A classic example of this phenomenon came to light in 2012. According to newspaper reports, at the beginning of the 2011–12 school year, Erin Sayar, a high school English teacher in Brooklyn, began tutoring a 16-year-old male student.  The boy’s girlfriend later saw the two acting flirtatiously and hacked into his Facebook® account, where she saw intimate messages from Sayar. During an investigation into their relationship, which had become sexual, administrators learned that Sayar and the young man had exchanged nearly 4,000 text messages over a 17-day period. In the pre-cell phone, pre-social media era, it would have been much more difficult for the two to communicate that frequently (and presumably, at nonprofessional times of the day) without raising suspicions.

Based on my research over the past five-plus years, there is no question that cell phones and social media have weakened the social, moral and legal barriers that are designed to keep educators from accidentally tumbling down the slope of an inappropriate relationship. Our lives have sped up immeasurably over the past decade, and as a result, we increasingly act before we think. And thanks to changes in technology, most of the actions we take — including those that we should know will get us into trouble — require just a single mouse click or the press of a button.

Raising Awareness is the Key